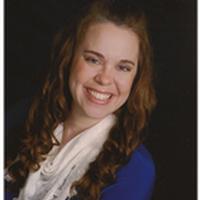 The beautiful soul of Michelle Duppong,31, passed from this life on December 25, 2015, at the home in which she was raised while surrounded by her family. Mass of Christian Burial will be held at 10:30 am on Tuesday, December 29, at Cathedral of the Holy Spirit in Bismarck, ND, with burial at rural St. Clement’s Cemetery in Haymarsh, ND. Visitation will be held from 5:00-8:00 pm on Monday, December 28, at Cathedral of the Holy Spirit in Bismarck, ND, where a rosary/vigil service will begin at 6:00pm. Michelle Christine was born January 25, 1984, to Ken and Mary Ann (Wanner) Duppong. At the age of one, her family moved from Colorado to a farm in Haymarsh, ND. Michelle loved life on the farm and valued the time and memories that were made there – climbing on hay bales, picking flowers on the hills overlooking the peaceful Haymarsh valley, working in the gardens and vineyards, campfire sing-alongs, and so much more. She cherished the small country church of St. Clement located near their home and as an adult, frequently made trips there to visit her Beloved Lord Jesus. After graduating from Glen Ullin High School in 2002, the next leg of Michelle’s journey led her to North Dakota State University. During her years of education there, she continued to grow in her faith and spiritual life, which especially blossomed through the ministry of FOCUS (Fellowship of Catholic University Students) at St. Paul’s Newman Center. After completing her degree in horticulture in 2006, Michelle’s desire to bring others closer to her dear Lord was realized by becoming a missionary with FOCUS, whose mission is to help young people grow in their relationship with Jesus and His Church. During her six years with FOCUS, she mentored hundreds of students at the college campuses of University of Nebraska - Lincoln, South Dakota State University, University of South Dakota, and the University of Mary. Michelle knew how deeply the Lord wishes to have a relationship with every person and she was filled with joy to play even the smallest part in opening a person’s heart to receive Him. In 2012, Michelle discerned that God was calling her to a new evangelization ministry, and she became the Director of Adult Faith Formation for the Diocese of Bismarck. Serving the Church in this role, she coordinated many significant events such as the THIRST conference and performed outreach to parishes within the diocese using her talents and missionary zeal to lead other souls to Christ. Michelle will always be remembered as a spirited woman of God who loved to have fun and spread joy. Aside from constantly opening her own home to share her faith and enthusiasm for music and dancing, one of her greatest joys was in sharing her love for Haymarsh and the family farm with others. Her joyful personality and authentic interest in others led her to have many genuine friendships. Through mutual friends, Michelle met and began dating Jesse Roth in March of 2014 and had a desire to spend the rest of her life with him. Her relationship with Jesse was one she deeply treasured and her life was richly blessed by his family and friends. On December 29, 2014, Michelle was unexpectedly diagnosed with cancer, which began a year-long journey that brought many joys in the midst of sorrows and suffering. She received everything with a docile spirit, praying that the Lord’s Will be done and trusting in His Providence. Though she often felt helpless lying in a hospital bed, the last year of her earthly life was spent in complete service of the Lord continuing her most fruitful work as one of God’s servants and pouring her love out on those around her. Michelle is survived by her parents, Ken and Mary Ann (Wanner) Duppong of Glen Ullin, ND; her boyfriend, Jesse Roth of Strasburg, ND; brother, Jeff Duppong and fiancée, Marissa Oster of Fargo, ND; sister, Lisa and Brad Gray of Fargo, ND; sister, Sara and Nate Stark of Plymouth, MN; sister, Renae Duppong of Glen Ullin, ND; sister, Kalene and Kyle Jaeger of Fargo, ND; and nieces and nephews, Mary Therese, Faustina, Joseph, Antoinette, Elijah and Noelle Gray, Calvin Stark, Philip, Henry and Louis Jaeger. In lieu of flowers, the family requests donations be made to the Michelle Duppong Memorial Fund.
To order memorial trees or send flowers to the family in memory of Michelle Christine Duppong, please visit our flower store.