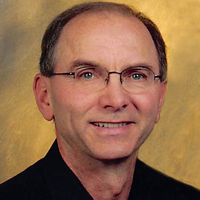 Al Breuer, Jr., 77, of Bismarck, North Dakota, passed away on September 21, 2021 after a short battle with brain cancer.  Funeral services will be held 12:30 p.m. Tuesday, Sept. 28 at Zion Lutheran Church, 413 E Ave D, Bismarck. Visitation will be held one hour prior at the church.

A service livestream will be available for viewing at the time the service starts at the following link, https://www.zionbismarck.org/

Burial will be held 2 p.m. Tuesday at the North Dakota Veterans Cemetery, Mandan.

Al graduated from Wyndmere High School in 1961 earning a scholarship to play basketball and baseball at North Dakota State University. He graduated in 1965 earning a degree in secondary education with an emphasis in social studies. On December 11th that same year, Al married his high school sweetheart, Karen Elizabeth Puetz, at Peace Lutheran Church in Barney, North Dakota. Al and Karen have two children, Tana and Jim.

For over 39 years, Al taught and coached in the Bismarck Public School district. He began his teaching career at Richholt Elementary before entering the Army Reserves, serving as a medic state-side during the Vietnam War. After serving in the Army Reserves, he accepted a position teaching geography and physical education at Hughes Junior High School, finishing his career at Horizon Middle School. Al was extremely dedicated to his students, teaching them lessons that carried into their adult lives.

In addition to teaching, Al served as the Athletic Director at Hughes Junior High School for many years and coached just about every middle school sport including baseball, football, basketball, volleyball, and track and field. He was honored when the Hughes Junior High gymnasium was named the Al Breuer gymnasium. The athlete Al was most proud of was his son, Jim. For all of Jim’s baseball years, from Little League to Legion baseball, Al was his coach. Al and Jim dedicated their summers to baseball which led to Jim being drafted by the Los Angeles Dodgers. It was one of the highlights of Al’s life to watch his son play minor league baseball.

Al’s five granddaughters were also a very special part of his life. In 2013, Al and Karen took the entire family to Disney World in Florida. It was one of his most favorite trips. Being a grandpa meant the world to Al. He spent many hours picking up his granddaughters from school, taking them to their activities, and coaching each of them in their chosen sports. If there was a dance recital, game, meet, match, or tournament, he was there cheering on his girls.

Al’s dedication to sports continued throughout his life. He was inducted into the North Dakota Amateur Basketball Hall of Fame in 2007. His love for the NDSU Bison extended his entire life, driving to Fargo for a decade to work the chain gang at Bison football games. More often than not and no matter the occasion, Al could be seen in his Bison gear. After retirement, Al and Karen spent 12 winters in Arizona where Al golfed every day and played on a variety of softball teams. Al and Karen made many life-long friends during those years. Back in North Dakota during the summers, Al was often out on the golf course with his golf buddies or Karen and Al were entertaining friends on their pontoon or on the sandbars on the Missouri River. Often, on a beautiful summer morning, Karen would look outside to find Al on his paddle boat cruising around Southport Bay enjoying river life or attempting to catch a fish.

Upon Al’s cancer diagnosis, he was very fortunate to have his daughter, Tana, caring for him. He was especially proud of her nursing career. She utilized her knowledge to help Al and Karen understand and make decisions about his care. Tana barely left his side his last month, driving back and forth between Fargo and Bismarck and live-streaming her daughters’ volleyball games so she could be by her dad’s side up until he took his first steps in heaven.

Al was preceded in death by his parents, Alvin and Kathleen Breuer.

To order memorial trees or send flowers to the family in memory of Al Breuer, Jr, please visit our flower store.