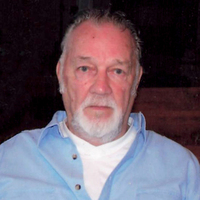 Al H. Grubb was born August 16, 1928 in Columbus, Ohio, the son of Genevive and Steven Grubb.  He had three brothers and two sisters.  They were raised in Columbus.  He joined the military in 1945 and became a paratrooper.  He moved to Bismarck in about 1950 looking for work.  In Bismarck, he ate lunch every day at Vi’s Café, where he met Shirley Winmill, who was a waitress there and ran the café with her mother, Vi.  He and Shirley were married Jan. 19, 1952.  Vi’s Café later became the Main Bar, which Al and Shirley helped operate for many years.

He and Shirley had six children.  Al was also able to connect with another son, Richard, later in life.  Al was a carpenter and built many homes in North Dakota and Ohio during his life.  During his life, he enjoyed helping members of his family with house construction and remodeling projects and passing on his carpentry knowledge and skill. He also built cabinets and furniture. Many of his furniture pieces will continue to be enjoyed by future generations. He also was a union millwright and traveled to many different areas to work to support his family.

Al also loved gambling. He and Shirley spent many days at the casino enjoying each other’s company.  He also loved a good cigar, which he was able to enjoy up until a week before he passed away.

He was preceded in death by his parents and siblings; wife, Shirley; son, Steve; and one grandson, Joshua Morrissette.

To order memorial trees or send flowers to the family in memory of Al Grubb, please visit our flower store.