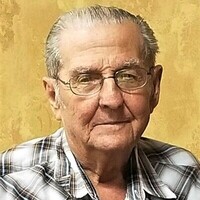 Albert Doffee, 88, Bismarck, passed away on April 14, 2021 at Sanford Hospital with his family at his side.

A service livestream will be available at the link below starting at the time of the service.

Funeral Services will be held at 10:30 a.m., Monday, April 19, at McCabe United Methodist Church, 1030 N. 6th St., Bismarck. A service livestream will be available on the church’s website.

Visitation will be held from 5 to 7 p.m., with a vigil beginning at 7 p.m., Sunday, April 18, at Eastgate Funeral Services, 2302 E. Divide Ave, Bismarck. Visitation will also continue one hour prior to the service at the church.

Albert was born on October 30, 1932, the son of John and Karolina (Flemmer) Doffee. He grew up on the family farm, the youngest of 13. He attended rural school and worked on the family farm until 1950. For the next two years he worked on the Garrison Dam. In 1952 he served two years in the Army and was honorably discharged. In 1954 he returned to construction. In 1967 he joined the Iron Workers Local 793. He worked in ND and Minneapolis areas. Albert retired in 1995 and lived in the Bismarck area until the time of his death. He was a lifetime member of the VFW.

To order memorial trees or send flowers to the family in memory of Albert Doffee, please visit our flower store.