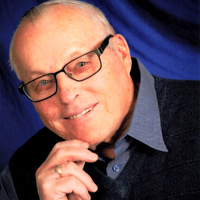 Visitation will be held from 5-7pm Tuesday, July 20th, 2021 at Parkway Funeral Service, 2330 Tyler Parkway, Bismarck. Rosary/vigil service will begin at7pm. Mass of Christian Burial will be held 11am Wednesday, July 21, at Cathedral of the Holy Spirit, 519 Raymond Dr., Bismarck. A service livestream will be available at: https://venue.streamspot.com/event/Mjc1Mzk0Mw==

Burial will be at St. Mary’s Cemetery, Bismarck.

Albert Horner was born in Logan County on September 14, 1936 to Ignatz and Eva (Schlosser) Horner. He went to country school in the Manheim District. He was raised on the farm and united in marriage to the love of his life, Jolanta Feist on June 17, 1959. Together, they moved to Bismarck where he worked nine years for Provident Life. From there, he worked as a custodian, maintenance and ground supervisor, and mail clerk at Fraine Barracks for over 47 years. He was a handyman and was always there to lend a helping hand to whoever needed it, whether it was his children, grandchildren, or a neighbor.

Al enjoyed traveling and they traveled to many of the states including Hawaii, Arizona, California, Nevada, Georgia, Tennessee, Massachusetts, New York, Washington DC, Minnesota, South Dakota and Missouri. A highlight was when he traveled with his three sons to Alaska to go fishing. Boating and spending time with family and friends gave Al great enjoyment along with golfing, playing cards and aggravation – especially with his grandchildren. He was the biggest fan for all of his grandchildren at their sporting activities and loved going to support them.

He was preceded in death by his parents Eva and Ignatz, his son Randy, daughter Mary, (in infancy) sister, Monica Leier, brother, George and sister-in-law Rose.

To order memorial trees or send flowers to the family in memory of Albert J. Horner, please visit our flower store.