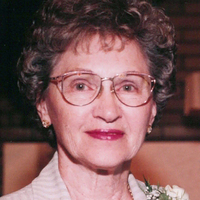 Alice Lucille Ewine, 92, Bismarck, passed away Dec. 16, 2020 at Missouri Slope Lutheran Care Center, Bismarck. Funeral services will be held 11 a.m. Tuesday, Dec. 22 at Eastgate Funeral Service, 2302 E Divide Ave, Bismarck, with Rev.  Brandon Vetter of Bismarck officiating. Because of COVID-19, the family has opted for a small immediate family-only service. For those unable to attend, a service livestream will be available on the funeral home’s website, listed below.

Burial will be at Sunset Memorial Gardens, Bismarck.

Alice L. Haas was born on March 31, 1928, at Eureka, South Dakota to Adolph and Albina (Hagel) Haas. She attended country school and graduated from Eureka High School in 1946.

She married Walter A. Delzer on Aug. 23, 1946, at Herreid, S.D. They made their home in Artas, S.D., where Alice was a homemaker. They had eight children, four girls and four boys. After her children were older, she was also employed part-time at the Artas Post Office as a  postal clerk.

In 1980 Alice moved to Bismarck to help care for her aging parents. She took employment at St. Alexius (CHI) Medical Center as a housekeeper and retired in 1993.

After her retirement in 1993, Alice worked as a volunteer for the Burleigh County Senior Adults Program for more than 18 years, answering phones and working at the reservation desk. Alice was also a member of the Bismarck Senior Center Singers for many years. She also enjoyed quilting, reading, and playing dominoes with her friends.

Alice enjoyed travelling and she flew to Germany numerous times to visit two of her daughters who were living there. In 1980 she also travelled to Kenya, East Africa, where one of her daughters was currently serving as a missionary.

Alice was preceded in death by her parents; two brothers; and two husbands.

To order memorial trees or send flowers to the family in memory of Alice Ewine, please visit our flower store.