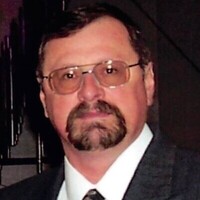 Allen Blatter, 67, passed away on Sept. 26, 2021, due to COVID-19 related complications. A memorial service will be held 10:30 a.m. Thursday, Oct. 7 at Parkway Funeral Service, 2330 Tyler Pkwy, Bismarck. Cremation has taken place and burial of Allen's ashes will be held at Sunset Memorial Gardens, Bismarck, immediately after the service.

Allen was born in Bismarck on August 31, 1954, to Alfred and Darlene (Goll) Blatter.  He was raised on a farm in the Wing area until his parents relocated to Bismarck in the early 60's. He graduated from Bismarck High School in 1972. In 1982 he married his wife Sandy Bender and they made their home in the Bismarck area. Allen and Sandy enjoyed their life together and were best friends. He was a loving husband who was always practical and hard working.

At a very early age Allen demonstrated a tremendous talent for mechanical work.  At 11 years old, his father challenged him to remove and replace a burned up wiring harness of a car and told him he would give him the car if it would run.  His father took him to a local junk yard and he removed the harness, labeling every wire and then reinstalled the harness and the car ran.  His gift in life was discovered.  After high school he went on to work at JC Penney's Auto Shop for six years and then made a career change working on boats and marine engines. To learn this new trade he was mentored by the team at Anderson Marina and had the opportunity to attend factory tech training. After working for several different marinas, he owned and operated his own boat repair shop, Highway Marine, from 1992 to 2009.

Allen was a serious "car guy" and he had a passion for Pontiacs.  He knew anything you'd ever want to know about a GTO and more. He would spend his retirement days at his shop working on multiple cars doing restoration, hunting down parts and "saving cars" from the crusher.  All the things that he enjoyed. He will be forever remembered as "Mr. GTO".

Allen had a heart for animals and over his adult life had five dogs: Rusty, Zeke, Poncho, Cooper, and currently, Bell.  He even softened to cats when he realized they like mice and added three shop cats to his animal kingdom. Allen had a great sense of humor about most anything.  He will be greatly missed by his family and friends.

To order memorial trees or send flowers to the family in memory of Allen Blatter, please visit our flower store.