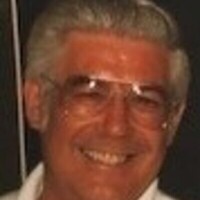 Allen was born on February 24, 1932, in Casselton to George and Loretta (Courneya) Drake.  Allen met the love of his life, Elaine, when he transferred from the Holy Rosary Catholic School to Detroit Lakes Junior High in the ninth grade and they were inseparable from that day forward.  After graduating in 1951, he enlisted in the United States Air Force and was stationed in Tokyo, Japan, during the Korean War, working as a cryptographer.

On December 7, 1954, he married Elaine Kershner and together they were blessed with three children. They raised their family in Detroit Lakes and owned several businesses: Elaine’s Sandwich Hut, South Shores on Toad Lake, DLTV & Appliance and Voltage Video.

Allen enjoyed hunting, fishing at his cabin on Pippette Lake in Ontario, golfing at Forest Hills, and traveling with his wife to places such as Australia, New Zealand, Central America, South America, Africa, the Virgin Islands, Canada and Mexico and visited many states throughout the U.S.  Of all the places he visited, his favorite was Machu Pichu in Lima, Peru. Through the years, he was a member of the Elks, Eagles, VFW and American Legion. Allen was especially proud of serving his country and proudly sported his “Korea Veteran” cap everywhere he went.

While he had recently lost the ability to speak, he was able to watch his great-grandson Tyler, play his first hockey game in the Jr. A’s in Wisconsin and grinned from ear to ear when he watched his game on TV.  His wife, children, grandchildren, and great-grandchildren were the loves of his life and he was so proud of all of them.

He was preceded in death by his parents, George and Loretta; and siblings, Virgil, Erving and Geraldine.

To order memorial trees or send flowers to the family in memory of Allen Drake, please visit our flower store.