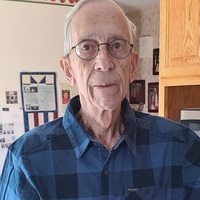 Alvin was born in Dodge, ND, on February 7, 1938, to Leonard and Katie Sailer. He was the youngest of five children. He later moved to Bismarck where he graduated from Bismarck High School and Bismarck Junior College.

Alvin married Shirley Schuler on June 12, 1965, in Bismarck. This is where they raised their family of four boys. They were married for 54 years. He worked at Quain & Ramstad Clinic in the data processing department for over 30 years.  Alvin's main focus was always supporting his family and he put his wife and children first.  He also was a meticulous organizer of their home.  He loved bowling and was part of a local league for over 40 years.

In accordance with his wishes no funeral will be held.

To order memorial trees or send flowers to the family in memory of Alvin Sailer, please visit our flower store.