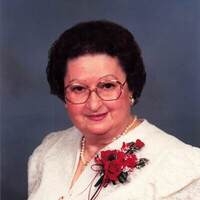 Angeline Weichel, 88, died Saturday Dec. 18, 2021, at CHI St. Alexius Hospital, Bismarck. Mass of Christian burial will be held 10:30a.m.Tuesday, Dec. 28 at Church of the Ascension 1825 S Third St., Bismarck. Visitation will be held one hour prior at the church.

Burial will be held at St. Anthony’s Catholic Cemetery, Linton.

Angeline was born on August 10, 1933, in Emmons County, the daughter of Benjamin and Mary (Gabriel) Weigel. She grew up on the family farm and was raised and educated in Emmons County. She attended the Emmons County School.

Angeline married Anton Weichel on September 21, 1954, at St. Mary’s Church in Hague. Angeline and Anton farmed until 1965 when they moved to Bismarck.

In 1971, Angeline began working for St. Alexius Medical Center in the Dietary Department where she remained until she retired in 2006.

Angeline was strong in her Catholic faith and attended mass and prayed the rosary daily. She was a long-time member of Ascension Parish. Angeline enjoyed gardening and showed her love for others through her cooking and baking. Angeline cherished her grandchildren and great-grandchildren and found great joy in providing care for them, as well attending their school events. Angeline liked to stay abreast of local events and kept herself updated by watching the local news and reading the daily newspaper.

Angeline was preceded in death by her parents, Benjamin and Mary Weigel; and sister-in-law Maggie Weigel.

To order memorial trees or send flowers to the family in memory of Angeline Weichel, please visit our flower store.