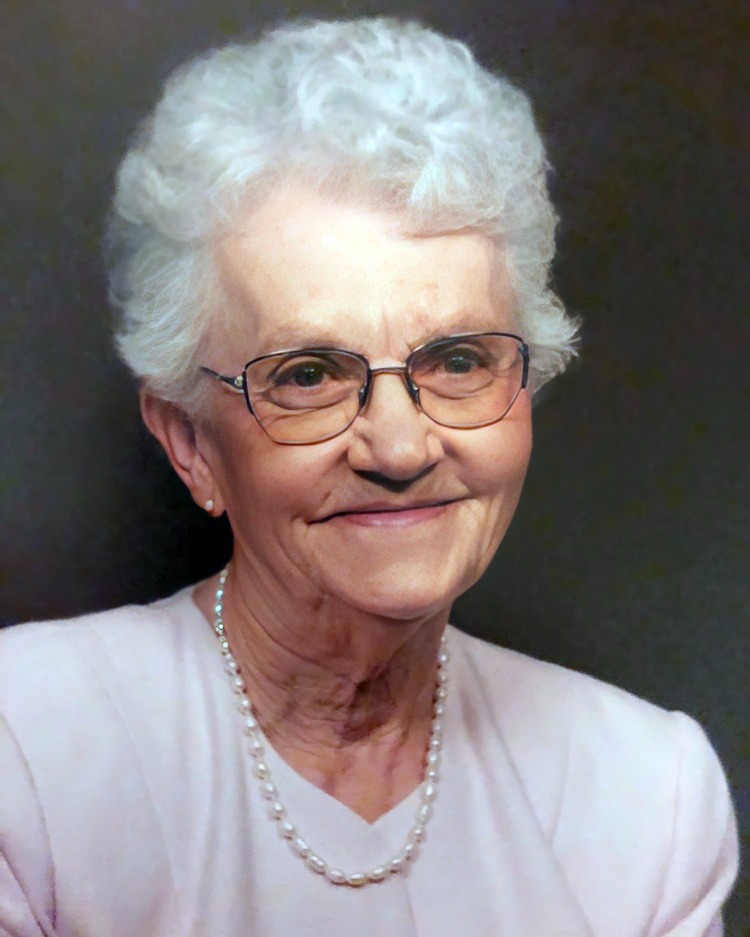 Visitation will be held from 5 to 7:00 p.m., with a prayer service starting at 7:00 p.m. at Parkway Funeral Service and will continue one hour prior to service.

Ann was born September 2nd, 1928 in Napoleon, N.D. Graduating from Napoleon High School in 1946, she continued her education in Ellendale where she received her teaching certificate and taught rural schools for four years. She married John Wiest, May 27, 1947. They had a daughter, Kathleen. They lived on her parent's farm until he was killed in a farm accident at which time she moved to Napoleon.

She married Paul Hellmuth on May 27, 1958. Through this union they had two children, Cynthia and Charlotte. They owned the White Maid for eight years. She also spent many years in the school kitchen. Becoming a self-employed painter allowed her to do what she loved, leaving her mark and making numerous friends.

Ann is a lifetime member of the American Legion Auxiliary Post #72, a member of St. Mathew Lutheran Church and a member of the Good Sam Club. She was also very proud of the four gallons of blood she donated to the Red Cross over the years. In her spare time, she liked to go camping and fishing, spend time in her garden, and play cards.

Interment will be held at a later date.

To order memorial trees or send flowers to the family in memory of Ann Hellmuth, please visit our flower store.