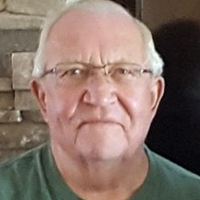 Arden J. Johnson 78, Punta Gorda, Florida, died Dec. 9, 2021, in Punta Gorda, FL.  A memorial service will be held at 10:30 a.m. Wednesday, Dec. 29 at McCabe United Methodist Church, 1030 N Sixth St.,  Bismarck. There will be no visitation. A service livestream will be available on the church’s website: https://www.mccabechurch.com/livestream/

Arden was born June 16, 1943, the son of Julius and Stella Johnson. Arden grew up and graduated from Powers Lake High School in 1961. He joined the Army in 1962 and served until 1965; then joining the Army Reserves until 1995, retiring with the rank of Command Sergeant Major.

In 1966 Arden joined the ND Highway Patrol and served in various positions, retiring in 1995 with the rank of Major. Arden continued to work the next 15 years at the NDDOT, North Dakota Department of Emergency Services and FEMA.

His time was filled over the years with slow pitch softball, golfing, hunting, fishing, cooking and spending time at Lake Isabel with family and friends.

He was preceded in death by his parents, nephew, Randy Johnson and brother-in-law, Oliver Stenbak.

Memorials can be made to the North Dakota Veterans Cemetery or Elks Camp Grassick.

Following a military burial, the family invites you to join them at the Bismarck Eagles for a celebration of Arden’s life.

To order memorial trees or send flowers to the family in memory of Arden Johnson, please visit our flower store.