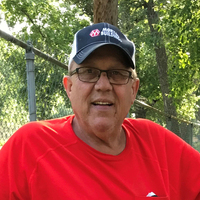 Visitation will be held from 5 to 7 p.m. Thursday, June 9 at Eastgate Steele Memorial Chapel, Steele.

Arlo was born April 21, 1954, in Bismarck, to Hubert and Sylvia (Felch) Subart.  He was raised on the family homestead near Robinson.  Arlo graduated from Robinson High School in 1972 and continued his education where he graduated from Bismarck Junior College with a degree in Agri-Business.  Upon completion of his degree, he returned to the family farm where he took over the operation after his dad’s passing.  Arlo retired from farming in 2008 at which time he became employed as a county blade operator for Kidder County.  He worked for the county for 12 years at which time he retired due to his declining health.

Throughout the years Arlo enjoyed farm/ranching and all sports but especially when he was playing baseball/softball. During his baseball years is when he earned his nickname “Boomer” to which many people still called him to date.

Arlo greatly enjoyed the time he spent with his kids and more recently his grandkids attending fairs and extra-curricular activities.  He was known for his kind heart, warm smile and love of conversation as there wasn’t a place Arlo would go that he didn’t know somebody.

Throughout his life he was involved with many organizations including Director of WTR Legion Baseball, Robinson Township Treasurer, Robinson Volunteer Fire Department, Kidder County 4-H Fair Board, Robinson School Board and Robinson Lions Club.

He was preceded in death by his parents and many aunts and uncles.

To order memorial trees or send flowers to the family in memory of Arlo Subart, please visit our flower store.