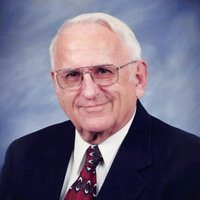 Visitation will be held from 6 to 7 p.m. Monday at Eastgate Funeral Service, 2302 E Divide, Bismarck. Visitation will continue one-hour prior at the church.

On Nov. 10, 1956 Art married Mabel Brown and together they raised three children. During this time, Art worked for Chrysler Motor Corp. as a District Manager until his retirement in 1991.

He was preceded in death by his wife, Mabel; brothers, John, Richard and Walter; and sister, Norma.

In lieu of flowers, memorials are preferred to St. Alexius Hospice.

To order memorial trees or send flowers to the family in memory of Art Sievert, please visit our flower store.