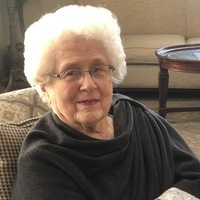 Betty Ann Bauer passed away at Monument Hospital in Rapid City, South Dakota, on May 10, 2021, at the age of 90. Funeral services will be held 1 p.m. Thursday, May 13 at Parkway Funeral Service, 2330 Tyler Pkwy, Bismarck, with Rev. Thomas R. Marcis, Jr officiating. Visitation will be held one-hour prior to the service.

Betty was born September 10, 1930, to Otto and Winifred Lechner on the family farm near Washburn. She graduated from Washburn High School in 1948. After high school, she worked for the Vital Records department of the State of North Dakota and then in various positions through the years, eventually retiring in 2003.

Betty married Martin George Bauer on May 9, 1954, in Wilton.  After their honeymoon, they decided to pack up and move to Sweet Home, Oregon. They returned to Bismarck in 1961 and opened Bauer’s Body Shop in 1963.  In May 2003, they decided to move to their property near Baldwin, where they lived until Martin’s passing in 2009.

Betty was a loving mother, grandmother and great-grandmother. She was a great cook and a wonderful storyteller.

To order memorial trees or send flowers to the family in memory of Betty Ann Bauer, please visit our flower store.