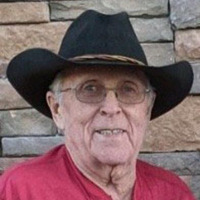 ‘Wild Bill’ was born May 5, 1942 in Fargo, ND to William and Lou Ceil Smith-Wallace. He grew up and graduated from West Fargo. During his early years, his family spent summers in Merricourt, ND, where they farmed land owned by the family. Billy then moved to a farm northwest of Forbes, where shortly after he met and married his wife Rosemarie Fuller on Aug 31, 1963. They built and cultivated a farm with their 3 children for 40 years. They eventually retired and relocated to Bismarck to be closer and support their grandchildren.

Billy was an enthusiastic and charismatic man. He was always able to strike up an enjoyable conversation with anyone. He is best captured by one of his favorite quotes, “If I don’t know anyone when I get there, I will when I leave.” He had a passion for horses and dogs. One of Billy’s greatest wishes in life was to see his grandchildren grow up, which he was able to accomplish as his youngest grandson graduated this last spring. Many remember ‘Wild Bill’ as the amazing person he was and will continue to carry his unconditional love for his friends and family.

He is preceded in death by, his father William Wallace, mother Lou Ceil (Smith), and two brother-in-laws.

To order memorial trees or send flowers to the family in memory of Billy Wallace, please visit our flower store.