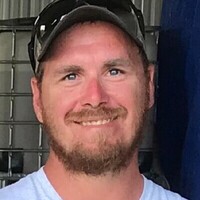 Our beloved Bo Charles Sheelar, 29, Bismarck, was born on August 27, 1991 and left this world on Saturday, April 10, 2021. Funeral services will be held 10 a.m. Saturday, April 17 at First Lutheran Church, 800 N 7th St., Bismarck. A service livestream will be available at this link: https://www.youtube.com/watch?v=V8tvN0Qq1Hw

Visitation will be held from 5 to 7 p.m. Friday at Parkway Funeral Service, 2330 Tyler Pkwy, Bismarck. A prayer service will begin at 7 p.m.

He was a loving husband, son, brother, son-in-law, uncle, nephew, cousin and friend. Most of all, he was a jokester! Those he loved the most received his pranks. He was his Dad’s right-hand man and his mom’s baby who he would do anything for.

In his younger years, he loved riding around the neighborhood on his bike, visiting all the neighbors, whether helping them out or giving them a bad time. His dad took him hunting and fishing at a young age and he was hooked. You couldn’t keep him home, always on the run to his Uncle Calvin’s, Uncle Ryan’s or to his father-in-law’s farms. He spent a lot of time with his best friend, Mark, and cousin, Cameron, who were like brothers to him. He also enjoyed dart league and softball. He never went anywhere without meeting someone new. He was so outgoing and never afraid to talk to anyone and everyone.

At the age of 16, he met the love of his life, his soulmate, Meghan Leno, whom he loved with all his heart and soul. It took him seven years and the push from his sister to finally gain the courage to ask her to be his bride. He was so over the top with excitement when she said “Yes!” They were married September 17, 2016. He always called her “Babes” and ended every phone call with an “I love you!”

He worked different jobs over the years including Dakota Fence, on the farm for his Uncle Ryan and currently at Northern Metal alongside his bride and brother-in-law, Jason.

A special thank you to his uncles, Calvin and Ryan for always being there for him. He looked up to you and had total love and respect for you both, even if he didn’t always show it.

He is survived by the love of his life, Meghan; his parents, Curt and Ramona Sheelar; mother-and-father-in-law (whom he called mom and dad from day one), Neal and Susan Leno; sister, Kelsi (Jason) Helbling; nephews, Brock and Seth; sister-in-law, Sarah Leno; grandmother, Edith Plesuk; his best friend, Mark Knodel; his partner-in-crime and cousin, Cameron Evanson; his little side kick at the farm and cousin, Brynlee “Byn Byn”; many aunts, uncles, cousins and friends whom he loved.

He was preceded in death by his grandparents, Charles and Clarice Sheelar and Ralph Plesuk; and his canine hunting buddy, Charlee.

To honor Bo’s life everyone is encouraged to wear their camo/hunting gear at the services.

To order memorial trees or send flowers to the family in memory of Bo Sheelar, please visit our flower store.