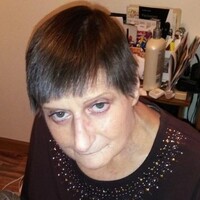 Brenda Zeller-Humann, 61, died July 24, 2021, at Sanford Health, Bismarck, with her husband at her side. Funeral services will be held 1 p.m. Wednesday, July 28 at Zion Lutheran Church, Bismarck. A service livestream will be available on the church's website: https://www.zionbismarck.org/

Visitation will be held from 5 to 7 p.m. Tuesday at Parkway Funeral Service, 2330 Tyler Pkwy, Bismarck.

Brenda was born in Bismarck on September 11, 1959, the daughter of Marl and Irene (Schiermeister) Zeller. Brenda was raised in Bismarck and attended school at Bismarck High School.

On October 2, 1987, she met Rusty Humann on a double dare. They were married six years later on October 2, 1993. They resided in Washburn.

Brenda enjoyed spending time with her nieces and nephews. Brenda was “Auntie,” as she wanted to be called. Later in life, she made her own jewelry, which she sold at craft shows.

She was preceded in death by her parents; and mother-in-law, Shirley Humann.

To order memorial trees or send flowers to the family in memory of Brenda Zeller-Humann, please visit our flower store.