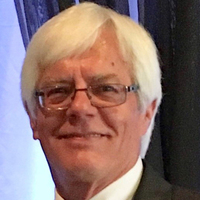 On Dec. 16, 2020, God gained another angel. Brian Knoll, age 65, of Bismarck, went to be with the Lord. Visitation will be open to all family and friends which will be held at Parkway Funeral home on Sunday Dec. 20th from 2:00-6:00.  Please wear masks. The funeral service for immediate family only, will be held at 11:30 a.m. Monday, Dec. 21st. Please plan on attending via livestream which will be available on the funeral home’s website. Burial will be held at St. Mary’s Cemetery in Bismarck at 2:00 p.m. Tuesday, Dec. 22nd.

Brian was born on July 20, 1955 to Wilbur and Fern (Johnson) Knoll in Ashley, the oldest of three children. He was raised on the family farm near Venturia, working hard next to his father, Wilbur. This gave him his strong background in agriculture. After graduating from Ashley High School, Brian attended the University of North Dakota where he earned a bachelor’s degree in Marketing. He had a long record in sales of successfully guiding clients with their needs. He built a solid foundation of clients through his advisory services. He married Maren Wishek in 1977 and together they had two children. They made their home in Bismarck where he has resided since 1986.

On Dec. 28, 2012, Brian married the love of his life, Mary Kay Walery, in Bismarck. He was passionate about many things; however, nothing was more important to him than spending quality time with his family and friends. He was the ultimate host always going above and beyond, selflessly making sure everyone around him was filled with joy and happiness. He was right at home grilling for family, dancing with his darling, playing cards and games, and playing catch with the grandkids. He enjoyed reminiscing of past adventures and dreaming of future endeavors. Whether it involved wheels, skis, or propellers, he wanted a part of it. Motorcycle riding with friends and Tuesday cruise nights in his classic mustang became a habit. In the summers he would rather be nowhere else than behind the wheel of his pontoon with a grandchild on his lap. Other outdoor adventures he loved sharing with Mary Kay and his children/grandchildren included hiking, biking along the Missouri River, and exploring God’s beautiful parks and nature in the surrounding states and Canada. He truly was the foundation to his family and friends. He was the rock that everyone around him relied upon to be steadfast amid all of life’s blessings and struggles. Whether it was providing an eager ear to listen with or giving some of the best advice a father and husband can give he was always there.

Brian’s faith was especially important to him and he applied his Christian principles to his daily life.  Because of that, he was an amazing husband, father, grandfather, son, and brother. Brian has left a void so deep in many people’s lives that could never be filled except through the knowledge of how strong his relationship with God was. Be in peace knowing that Brian is walking hand in hand with his Father in Heaven.

Brian’s personal motto in life is… never assume, never take things for granted and pick your battles to win the war.

To order memorial trees or send flowers to the family in memory of Brian Knoll, please visit our flower store.