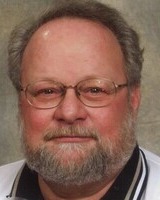 Bruce Fuchs, 74, Bismarck, passed away on hospice care on October 16, 2022. A graveside service will be held 1 p.m. Monday, Oct. 24 at the North Dakota Veterans Cemetery, Mandan.

Bruce was born March 19, 1948, to John and Lillian (Hochhalter) Fuchs in Carson. He was raised and educated in Carson, graduating from Carson High School in 1966. He enlisted in the U.S. Air Force and served three years in Massachusetts and one year in Thailand. Following his honorable discharge, Bruce attended University of Mary and received his bachelor’s degree.

In 1971, Bruce married Sandra Lippert. He worked at the North Dakota Department of Transportation for 31 years, retiring in 2011.

Bruce was a car enthusiast and enjoyed working on cars – especially old Jeeps. He also was interested in airplanes and their history.

He was preceded in death by his father, John.

In lieu of flowers, memorials may be sent to a local animal charity of the donor’s choice or to the North Dakota Veterans Cemetery, Mandan.

To order memorial trees or send flowers to the family in memory of Bruce Fuchs, please visit our flower store.