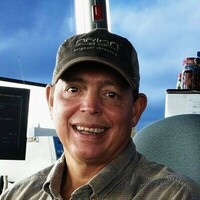 Bruce was born in Bismarck on September 18, 1958, to Robert and Shirley Nies. He attended Bismarck High School and was a state place winner on the Bismarck Demon wrestling team and an exceptional baseball player on the Bismarck Governor's baseball team as their starting pitcher.  He graduated in 1977, and later attended Bismarck Junior College for one year before joining the US Air Force in 1978. There he was as an Air Traffic Controller and a Morse Code Operator. In July 1983, Bruce and Cindy Vourcos were married in San Antonio, Texas, and through their love welcomed two children, Monica and Robert (Tony). His service would include several US Bases as well as Japan, England, Turkey and Egypt.  Through 1990 to 1993 he served in Operation Desert Shield/Storm and completed his US Air Force service in April 1993.

Bruce returned home to Bismarck and worked for Bis-Man Transit, Bismarck Public Schools, Fort Abraham Lincoln Foundation Gaming and Bismarck Parks and Rec.  He took pride in umpiring many softball games as well as donating his umpiring to McQuade Charity Softball tournaments.  In 2010, he returned to the position of his calling, an Air Traffic Controller.  He was sent to College Station, Texas and then on to Laredo, Texas. He took great pride in his service as a "Controller" and excelled in his field.

One of Bruce's many passions included football games with his daughter, Monica –especially Vikings games—and his vacation times with Tony in Bismarck. He loved North Dakota high school basketball and talks with "hundreds" of friends back home.

While his career kept him busy, when he was with Monica, Tony and his grandchildren was where he gained his most precious time.

He was preceded in death by his parents, Robert and Shirley Nies; grandparents, Phillip and May Gabel, Ludwig and Annetta Nies; nephew, Cole Weckerly; and his beloved dog, Sandy.

To order memorial trees or send flowers to the family in memory of Bruce Nies, please visit our flower store.