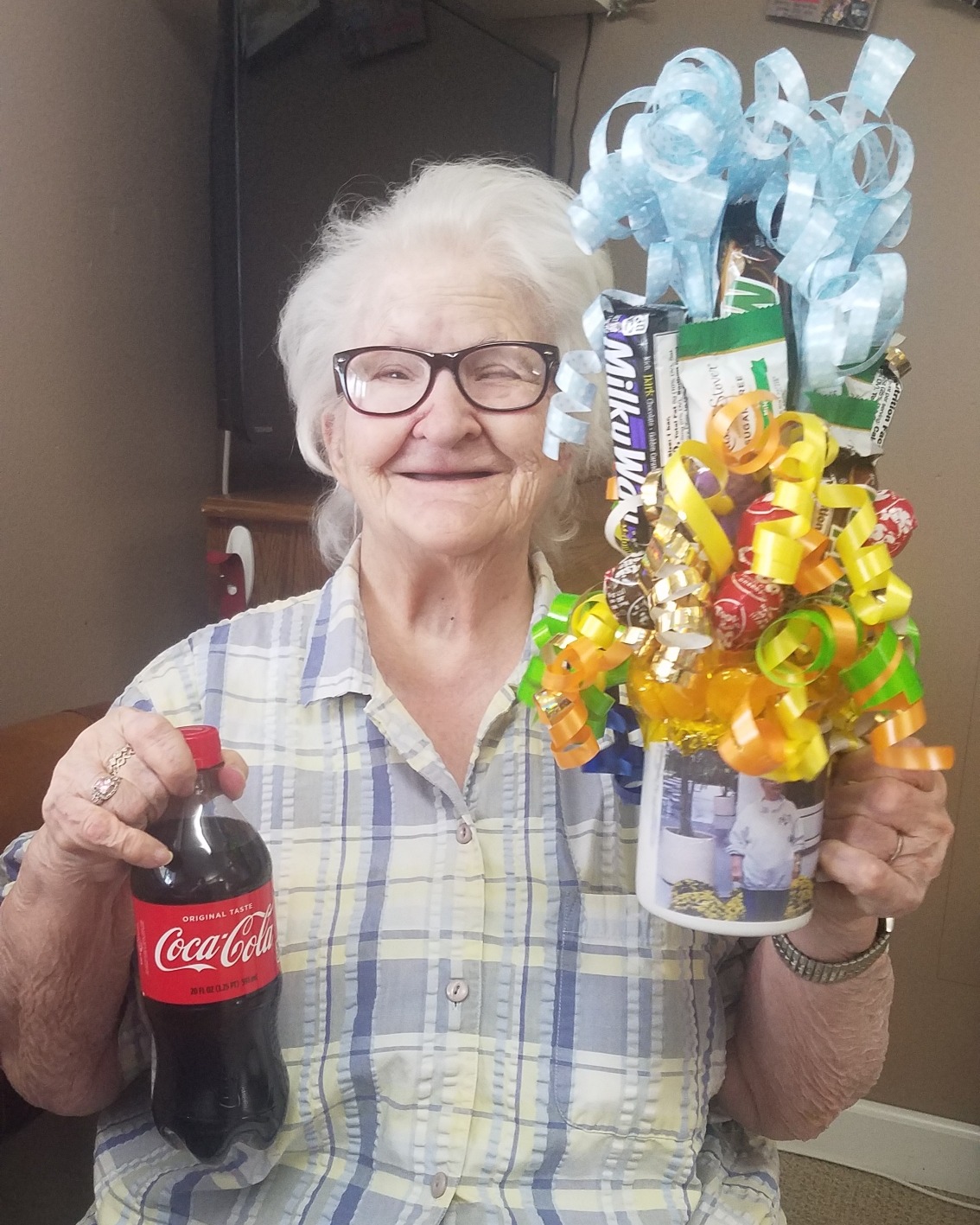 Born 10/24/1938 the 3rd born to Ferd and Pearl (Martin) McCleary family. Carol was born with spinal bifada and her Aunt Bea came and took Carol on a train ride to Rochester MN for surgery after she was born. The conductor on the train told her aunt if that baby dies on this train you will be put off of the train. They made it to Rochester and Carol has been a spit fire ever since.

Born in the middle of her brothers she was a tough cookie. She always talked about her sisters and would end up calling her daughter Vonnie Frances or just Vonnie or Frances. There were big family gatherings with her brothers and sisters with lots of food and card playing. Carol loved to play cards and work puzzles later in life.

Carol had many jobs in her life from washing dishes to janitorial work. Carol loved to wash dishes but hated to cook.  She especially loved dancing and playing cards. There was always music in her house and in her car. Carol had a quick wit and had a smart comment. Carol developed dementia late in life and had two bouts with COVID but she was a firecracker with her sharp wit and everyone she met was her honeybabe.

She is survived by her daughter Jean and son-in-law Gary Schoenhard, grandson Timothy and Kaylene Schoenhard, granddaughter Samantha and Jeremy McGrath whom she loved with her whole heart. Carol’s great grandchildren always made her smile when they came to visit. Great grandchildren are James McGrath, Brody Schoenhard, Zoey McGrath and Cade Schoenhard. We know she will be dancing and playing cards in heaven. Carol is also survived by her sisters Frances Roehrich, LaMoure, and LoVonne (Vonnie) Hayes, Palm Bay FL and many nieces and nephews.

Carol is now in heaven with her little girl Dixie Lee, husbands Mike Grommesh and John Bender, brothers and sister in laws Robert & Helen, Fergus & Jeanette, Harley (Darkey) & Donna, Harold (Whitey), and sister Mae, brothers in laws Chuck Hayes and Floyd Roehrich, her parents Ferd & Pearl McCleary. And we know Granny Pearl is cooking up some oyster stew and potato soup for Carol and the family.

A private family interment will take place at a later date.

To order memorial trees or send flowers to the family in memory of Carol Bender, please visit our flower store.