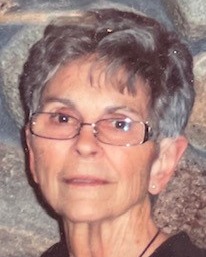 A burial service will be planned in the spring of 2023.

Carol was born and raised in St Louis, MO, where she graduated high school and went on to attend and graduate nursing school as a Registered Nurse.  While in nursing school she met Harold Lambrecht from Lisbon, ND. Carol and Harry married, moved back to ND, and eventually settled in Wishek.  In Wishek, Carol became the Director of Nursing at the Wishek Retirement Home, a position she held for over 20 years. In 1980 at the age of 44 Carol joined the Army National Guard and was commissioned as a member of the Army Nurses Corps. She served in both the North Dakota and Minnesota National Guard as their State Occupational Health Nurse until her retirement at age 62. Carol and Harold divorced in 1984.  It was during Carol’s tenure in the National Guard she met Raymond Scharnowske. Carol and Raymond married in 2010 shortly before his passing in 2011.  Carol loved being around people and she loved the outdoors. She also loved her cat "Lulu."

Carol is preceded in death by her infant daughters, Kelly Ann and Linda Kay.

Carol is survived by her two sons; five grandchildren; and her brother, Richard. Craig and Jewel reside in Big Fork, MT, with their five children, Tabatha, Aidan, London, Tovah and Afton. Gene and JoAnn reside in New England.

To order memorial trees or send flowers to the family in memory of Carol Scharnowske, please visit our flower store.