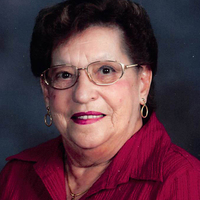 Visitation will be held from 5 to 7 p.m. Thursday, April 29 at Eastgate Funeral Service, 2302 E Divide Ave., Bismarck. A rosary/vigil service will begin at 7 p.m.

Caroline Bosch was born in Napoleon on September 10, 1939 to Joseph and Elizabeth Bosch. She married Frank J. Schumacher on November 4, 1957. They had three children, Joseph, Clara and Michael. They farmed near Napoleon before moving to Bismarck in 1969. Frank died in January 1981. Caroline married Leroy Dahl in December 1981. Leroy passed away in May 1993.

She held various jobs throughout the years. She worked for many years at the Baptist Home. She then worked at the Burleigh County Detention Center. She also worked for Home Health Care and enjoyed taking care of her clients. Her last job was with BPS as a bus monitor. She loved camping, dancing, playing cards, polka music and family time.

The family of Caroline would like to thank the staff of Missouri Slope Assisted Living, especially Charles, for the wonderful care they gave her. A special thank you to the third-floor nurses at Sanford, Caitlin and Monica, and CNA Maggie, for their care and compassion during Mom’s last days.

To order memorial trees or send flowers to the family in memory of Caroline Dahl, please visit our flower store.