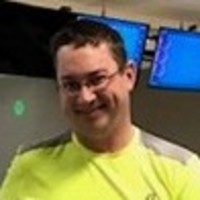 There will be no visitation. Cremation has taken place.

Chad’s life began in the small town of Halliday, ND on March 31, 1977. He completed his high school education at Halliday Public School and went on to college in Whapeton for drafting. His passion was not sitting in class, but rather working outside and being around people. He coached little league where he truly shined. He was a guiding light for many of the youth he worked with. He spent the last 20 years living and working in Bismarck, playing golf, shooting darts and being part of a bowling league. Racing was a hobby he spent many hours enjoying. Being on the race track made him truly happy. He married Nikki (Heinz) Entzel, May 21, 2016 where they raised 2 boys, Marcus Heinz and Christopher Heinz. He was a wonderful son, brother, uncle, friend and husband. He will be missed more than words can describe.

He is survived by his mother, Deb Entzel his sister, Lori (Rick) Kraus; and nephews, Carter Kraus and Carson Kraus.

He is preceded in death by his father, Ernie Entzel; his grandparents, Mary and Bernard Entzel and Gertie and Ervin Isaak.

To order memorial trees or send flowers to the family in memory of Chad Entzel, please visit our flower store.