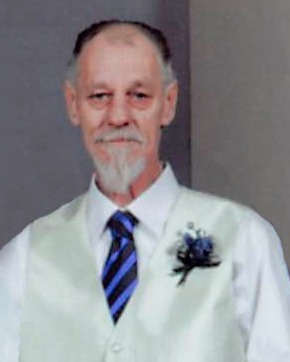 Charles R Christmann, left our earthly world taking a piece of his children's hearts with him, on November 14, 2022, at St Vincent’s Care Center.

Chuck was born July 23, 1946, in Hazen, ND to Ruben and Florence (Hintz) Christmann. At the age of eight he went to live with Gotfried and Irene Reimers on the farm in Washburn. He graduated from Washburn High School in 1965.

Chuck was united in marriage on June 15, 1979, to LeeAnn Maloney. To that marriage came a daughter, Ray Ann. Chuck beamed as a father, but also a dad. He became dad through that marriage to Karen, Rick, Brenda, and Lynn. He was our mentor, our teacher, and our friend. He was known as "Pop the old dustmop" "Pops" and "Ol'Man". He was simply everything he did not have to be when he became a dad.

Chuck worked various jobs in Bismarck and surrounding areas. He was very proud of being part of the crew that put up the power lines going north on Highway 83. Helping build the North Dakota Heritage center as well as Space Aliens in Bismarck was also something he took great pride in. He was a truck driver for many years for various construction companies and long-haul companies. Chuck was a jack of all trades, a master of none, but a friend to everyone!!!

Chuck was preceded in death by his parents; brother, Richard; sister, LaDonna; granddaughter, Taylor Loock; and his foster family.

The family would like to thank St Vincent’s Care team for their wonderful care to Chuck.

To order memorial trees or send flowers to the family in memory of Charles Christmann, please visit our flower store.