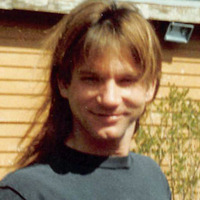 His happiest years were when he worked at Fiesta Villa and Dan’s Supervalu.

He was preceded in death by his father, Ray; sister, Deb; and brother, Robert.

Chuck is survived by his mother, Agnes; brother, Steve (Kris); and his nieces, Amber (Jason) Aman and Stephanie Kranich.

To order memorial trees or send flowers to the family in memory of Charles Kranich, please visit our flower store.