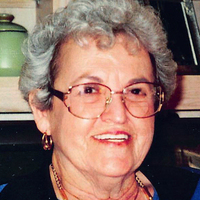 Charlotte Kamins was born Oct. 23, 1923 in Bismarck to Sam and Esther (Savran) Sloven.  She attended school in Bismarck and upon graduation from high school, attended the University of Minnesota for one year.  She then transferred to UCLA (Los Angeles, California) and graduated with a degree in Business Administration.

While home on a summer break from UCLA, she met Norman Kamins.  Charlotte and Norman were married in Bismarck on May 19, 1946.  They lived in the Los Angeles area where they owned and operated a small family grocery store.  They returned to Bismarck in 1950 and Norman joined the family business, Western Steel & Plumbing.  In 1950 they adopted their son, Maury and in 1958 they adopted their daughter, Miriam (Miki).

While Norman worked at Western Steel, Charlotte was a stay at home mom caring for Maury and Miki.  After her children were grown and on their own, she started working for the North Dakota Legislature as a committee clerk.  This was a job she absolutely loved and worked there for several years.  After Norman retired in 1981, they moved to Mesa, Arizona.  They  traveled extensively, Israel, Panama Canal, Mexico, as well as many destinations in the United States.   After Norman’s passing in 1995, Charlotte continued to live in Arizona and continued to enjoy traveling with friends to China, Australia, Israel and Alaska.  While in Arizona, Charlotte was active in many different clubs and organizations, with Torah Club and Shalom Group being two of her favorites.  A passion of Charlotte’s was playing bridge.  She played in countless tournaments throughout the country and achieved the status of Silver Life Master.  She returned to North Dakota in 2014 and was a part of the Touchmark Community.

She was preceded in death by her parents; husband, Norman; and brothers, Harold and Sidney.

The family of Charlotte wish to extend a most heartfelt thank you to the staff at Touchmark Memory Care.  They took such amazing care of Mom and the love they felt for her was evident.

A private family service and burial has taken place.

To order memorial trees or send flowers to the family in memory of Charlotte Kamins, please visit our flower store.