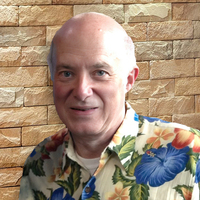 Burial will be held at the Rose Hill Cemetery in Wilton, ND.

Craig was born October 13, 1953, the son of Robert and Mary Jane Grorud. He grew up in Bismarck. He found a love of music at a young age and became an accomplished pianist. He also played cello and sang in choirs. He earned a black belt in karate and was a gymnast on the first boys’ gymnastics team at Bismarck High School. Upon graduating from BHS, he attended Bismarck State College then Concordia College in Moorhead, MN, earning a Bachelor of Science degree in biology. He was accepted into UND Medical School and graduated in 1982 with a Doctor of Medicine degree. He became an ER/urgent care physician. He had a love and compassion for the people he cared for and often spoke of how he loved helping people.

Craig’s true joy, strength, acceptance, forgiveness and love came from his faith and focus in our Lord Jesus. He was and will continue to be an inspiration to family and friends in the importance of daily bible reading and placing God as our priority. He was a kind, loving, gentle, patient, calm, and funny man.

Craig was preceded in death by his parents, Robert and Mary Jane Grorud.

To order memorial trees or send flowers to the family in memory of Craig Grorud, please visit our flower store.