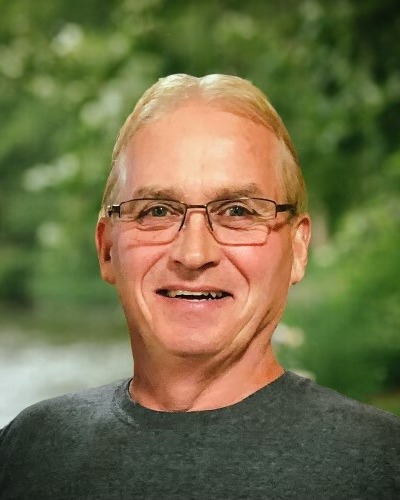 Curtis A. Broderick, 65, passed away peacefully on December 31, 2022, at home in Apache Junction, Arizona, surrounded by family, after a fast and furious battle with pancreatic cancer.

A celebration of life will be on Saturday January 14, 2023, beginning with visitation at noon, followed by the funeral service at 1 PM at Trinity Lutheran Church in Bismarck ND. Pastor Mark Narum will officiate.  Light refreshments will follow the service. Cremation has taken place, and a private burial will be at a later date. Eastgate Funeral Service is in charge of all arrangements.

Growing up, the Broderick brothers worked together in their dad’s grain bin and house moving business. During this time, Curt acquired a passion for hard work and “doing it right.” When he was 20, he bought his dad’s semi-truck. Throughout many seasons of hauling grain, he put on over one million miles.

Curt was a self-taught mechanic, who from an early age was fascinated with taking apart small motors and putting them back together. He continued to build his skills over the years, expanding into owning and operating three repair businesses that spanned several decades. He was extremely well respected and often sought out for the most challenging jobs. He worked with pride on everything from lawn mowers and boats to tractors and 18-wheelers.

Curt’s greatest achievements and joys came from raising his “kyds” and supporting their life events. He enjoyed social events including family gatherings, sprint car races, lake days, and seasonal hunting trips. His passion for hunting was not only shared with his kids but grandchildren as well. Curt was always willing to share his knowledge and understanding of how things should work, and this will be forever missed but always remembered.

In February 2010, Curt met Sonja (Evenson) Witty, in Bismarck ND. They were married in October that year and resided in Mandan ND until selling the house in 2014 when they bought a place in Arizona. They enjoyed spending winters there and living in their motor coach in ND during the summertime.

Curt is preceded in death by his parents.

To order memorial trees or send flowers to the family in memory of Curtis Broderick, please visit our flower store.

Visitation will be held one hour prior.