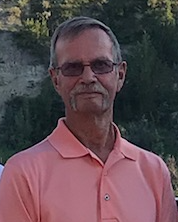 Burial will be held at 3:00 p.m., Thursday, November 17 at the North Dakota Veterans Cemetery, Mandan.

Curt was born on September 26, 1948, and was the third of six children born to Ed and Marietta (Rowerdink) Vander Vorst.  He was raised on the Vander Vorst homestead southwest of Strasburg and attended country school through eighth grade and graduated from Strasburg High School in 1966.

Curt was married to Vivian (Nieuwsma) his high school sweetheart for 53 years and they had two children Jason and Kristy.  They made their home in Bismarck, North Dakota for 38 years before moving back to “home country” the Strasburg, North Dakota area to continue farming interests.  In 2010, Curt & Vivian began enjoying the warmth of the Arizona desert over the winter months.

Curt had a deep love and devotion for his family, loved farming, football, playing golf, hunting, collector cars, the Arizona sunshine and his country.  He was a loving husband, father, grandfather, brother and friend to many.

Curt worked at Bobcat and retired after 33 years.  He was also a dedicated service member serving in the US Army in Vietnam from 1969 – 1970.  In 1977, six years after being honorably discharged from the Army, Curt joined the North Dakota National Guard and retired in 1996 with a combined 20-year service with the Army and National Guard.

Through the years Curt enjoyed farming with his father, sharing a special passion for farm life and forming a strong father-son bond.  His daily life as a boy and young man taught him the ways of the land.  He completed his last harvest in October 2022.

To order memorial trees or send flowers to the family in memory of Curtis Vander Vorst, please visit our flower store.