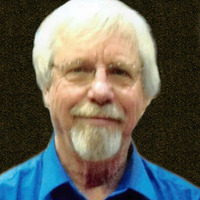 Curtis A. Wehri, 69, Lincoln, passed away March 7, 2022, at his home after a two-year battle with cancer. A celebration of life will be held 1 p.m. Tuesday, March 15 at Parkway Funeral Service, 2330 Tyler Pkwy, Bismarck.

Curt was born on September 5, 1952, to Alvin Wehri and Mildred Keller in Dickinson.  He attended school in Dickinson, Glen Ullin and Bismarck. Curt was a hard worker and as a young man, he worked as a farmhand in Hazelton and later Dickinson before eventually returning to Bismarck.

In the early 1980s, he met Lynette Renz of Moffit.  They dated for four years before getting married on October 26, 1985, in Bismarck. The couple moved to Minneapolis, Minnesota, where Curt worked for Surface Specialists, learning the business and in the late 1980s, they bought a Surface Specialist franchise that they owned and operated in Bismarck for a time. Curt and Lynn grew their family, adding five children, Jenn, Colton, Kayla, Shannon and Britny.  Curt loved spending time with his family and really enjoyed kids. This lead him to starting his 30-year career of being a bus driver.  He started with transit, Becep and most recently, the YMCA. Over the years his collection of special notes, gifts, pictures and more, grew from all the kids he had the opportunity to make an impact on. His own children and grandchildren were spoiled when he would bring a bus home, turn the tunes on and have a dance party on the bus. He also drove for Night Life Limousine Service and was able to drive for Jenn’s 21st birthday, took the family to look at Christmas lights and included his family as much as he could on these adventures.

You could often find Curt at his favorite fishing spot on the river.  He enjoyed being outdoors, camping, hunting and driving the riding lawn mower.  Curt was musical.  He played the guitar and was once in a band. Of all his interests and hobbies, family was the most important thing to Curt.  He loved spending time with Lynn and the kids and was often accused of spoiling his children, but it wasn’t until Brielle, his first grandchild, was born that the spoiling really started. It was double the fun for Curt when his second grandchild, Brier, was born.  He loved his family dearly.

Those honored to share in his life are his wife of 36 years, Lynn, Lincoln; children, Jenn Wehri and Colton Wehri, both of Lincoln, Kayla Wehri, Mandan, Britny Wehri and Shannon Nogowski, both of Bismarck; grandchildren, Brielle Harter and Brier Houle; sister, Sharon (Bill) Kimball,  Arizona; several nieces, nephews and in-laws from the Renz family.

To order memorial trees or send flowers to the family in memory of Curtis Wehri, please visit our flower store.