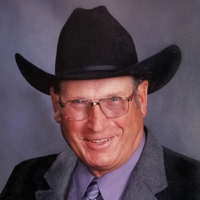 Dale Marland Berg was born Jan. 16, 1948 at the Bismarck Hospital to Ernest and Bernice (Myran) Berg of Wing.  He was baptized soon thereafter as the doctor thought his esophagus wasn’t attached to his stomach.  In his early childhood years, Dale stayed at home with his father while his mother taught in the country schools. This served as the building blocks of a good work ethic, which he passed on to his children and grandsons. In January 1967, he started dating Shirley Martin who was teaching music at the Wing school. They were married on Aug. 6 of that year. He had enlisted in the army in June to avoid being a part of the draft, as he had plans to help his family with the anticipated harvest that year. On Oct. 19, he left for Fort Lewis, Washington.  He was later stationed at Fort Ord, California, Vietnam, Fort Sill, Oklahoma, Fort Mead, Maryland and then Germany.  While in Germany, they were fortunate to be near his sister and brother-in-law, Dean and Delores Heinle, who were only stationed 18 miles from them. They spent many weekends with them touring the country.  While in Germany, their car, an orange Volkswagen that they purchased for $100, often didn't start. It wasn’t uncommon to see Dale pushing the car while Shirley steered and popped the clutch in order to start their gem of a vehicle. After being honorably discharged from the service, he began farming with Shirley’s parents.  He later worked for the Tappen Oil Company as the "gas man" also known as "the candy man", while farming on the side. In 1970, their first daughter, Dawn Michelle, was born. Deanna Marie was born in 1974 and Michael Dale, their son, was born in 1977. In 1979, they took over the farm. After a few years, they decided to go into milking and did so for 14 years. He continued farming, even in his retired state, until the Lord called him home.

While living in Tappen, Dale served on the City Council until he became the Mayor and held that position for 22 years.  He was an active member of the Woodwick- McDonough Legion Post which he served for 50 years. He was a part of the firing squad and participated yearly in Memorial Day services, as well as any veteran burial or event that he was asked to be a part of. He was a member of St. John's Lutheran Church from the time that he returned from the service.

He and Shirley enjoyed traveling, especially to Arizona, Idaho, and California to visit relatives. One of their most memorable trips was visiting Disneyland with their grandsons. He also thoroughly enjoyed riding horse and camping with his children, grandsons and friends in Medora.

Dale always had a fond love for horses since a young age. This was quite evident by his fascination and commitment to owning horses and purchasing Amish equipment (horse hames, harnesses, etc). He loved watching rodeos, team horse competitions and the show “Gentle Giants” on RFDTV. He was an avid collector of antiques, old farm equipment, butchering supplies, horse tack, and firearms.

He greeted everyone with a smile and was known for his infamous line of "Hey kid, how's it going?"  followed by him wrapping an arm around you and giving you a squeeze. He was blessed with the gift to gab and although he was a humble man, his conversations were often centered around his kids, or grandsons’ accomplishments, as he was so proud of them. Since he grew up with very little, he was always willing to share whatever he had, including a spare part or piece of equipment that he had purchased at some auction sale. He knew that someone would need them someday. One of his greatest accomplishments was growing a small herd of cattle for his two grandsons to assist them in paying for their college, as it was one thing that he could do for them that he never had.

He was preceded in death by his mother and father, Ernest and Bernice Berg; his in-laws, Walter and Frieda Martin; son-in-law, Roger Thompson; brothers-in-law, Alton Kemmet and Dean Heinle; and many aunts, uncles and cousins.

To order memorial trees or send flowers to the family in memory of Dale Berg, please visit our flower store.