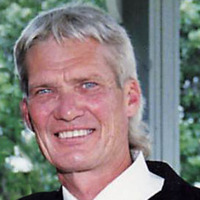 Daniel Leonard Helm, 70, passed away surrounded by family July 29, 2021. Daniel was a resident of Mandan and was married to Barbara Helm. Family will greet guests from 5 to 7 p.m. Monday, Aug. 23 at Eastgate Funeral Service, 2302 E Divide Ave., Bismarck.

He had a love for music beginning with violin taught by his grandfather, then clarinet so he could play with all the girls and eventually saxophone. He later learned harmonica and could jam to any tune.

Born in Bemidji, MN, April 1951, one of his first jobs was as a golf caddie where he learned the sport and went on to play varsity golf for Manistique High School in Manistique, MI.  After high school, Dan attended college for a few years at Bemidji State until his adventurous spirit beckoned him towards exploration. He was one of the first people ever to hike the Glacier National Park trail which extended from Montana all the way up to Alberta Canada.

While stationed in Thief River Falls, MN and working for The Lakehead Pipeline Company as Union Laborer, he met the love of his life, Barbara Roisland.  She was a strong-willed beauty who captivated Dan’s heart. They dated for 6 months before getting married at Ebenezer Lutheran Church in 1976.  Once married, they set off for Grand Forks, ND where Dan worked as a carpenter, building everything from houses to hospitals. A few years later in 1977, a new member of the family arrived, their son Jeremy.  Shortly after, they moved to Mandan where Dan added Power Plants to the list of things he’s built.  In 1985 the family grew once again with the addition of their daughter Jessica.  Around this time, Dan set out on his own as an entrepreneur establishing Helm Siding & Windows which he successfully operated for 15 years.  Eventually, he retired from owning a business, and returned to building power plants.

Throughout his time in Mandan, Dan spent many years as a hockey coach for Mandan High School providing guidance and leadership to the youth of his community.  Every now and again as he grew older he was always happy to join a pick-up game with one of his former players and loved the fact that they still called him “Coach Helm”

Dan was a rare combination of someone who had a love of life and a firm understanding of what was important – the simplicity of living a life with those you love.  Dan had a deep love and respect for nature. Often, he would spend his time simply driving around in it, taking in the sights, sounds and smells. He was an avid hunter and expert marksman and always made sure to involve his children in as many activities as possible such as hockey, archery, hunting, fishing, gymnastics, swimming, band, etc.

If you find yourself someday admiring the beauty of nature with a Budweiser in hand, raise a toast to a fond memory.  It will make him chuckle and grin.

To order memorial trees or send flowers to the family in memory of Daniel Helm, please visit our flower store.