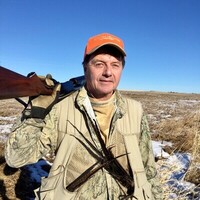 Daniel Dwight Schmidt, surrounded by loved ones, went to be with his eternal father on August 27th, 2022.

A service livesteram will be availble for viewing at Lord of Life Lutheran Church's website: https://www.lordoflifebismarck.org/

A memorial service will be held at 1PM, Saturday, September 3, at Lord of Life Lutheran Church, 1143 N. 26th St, Bismarck.

A time of gathering will be held from 6 to 7PM, Friday, September 2,  with a prayer service starting at 7PM at Parkway Funeral Service, 2330 Tyler Parkway, Bismarck.

Dan was born November 7th, 1952, in Minot, ND to Gloria (Rust) & Melvin W. Schmidt.  Dan spent his childhood roaming the coulees, playing pickup baseball games, fishing in the creeks and hunting. The Schmidt family was an active part of Immanuel Baptist Church. Dan’s love of hunting began when he discovered his grandpa’s gun in the attic, returning home with his first rabbit. Graduating from MHS in 1970, Dan pursued his love of biology and music by completing degrees for both in 1974 at Minot State.  He was proud of his French Horn accomplishments, earning many awards along the way.

Dan taught Biology and Advanced Ecology at Williston High School for 4 years, where he met his lifelong hunting buddy, LeRoy Benson. He accepted his dream job as a Field Biologist at ND Game & Fish in Bismarck, where he thrived for five years and made many friends, including the Bry family.  Dan was enticed to join the startup project at Great Plains Synfuels near Beulah, making the commute with the Green Machine Carpool for 6 years. He eventually accepted a position as Senior Contract Administrator at Basin Electric in Bismarck. He retired in 2015 after 32 years. His reply when asked what he did was, “No one seems to know!” Dan was known for his professionalism and dedication in all his careers; a friend and mentor to all.

Dan married Peggy Ledahl on July 27, 1985, at East Writing Rock Lutheran Church.  Dan delighted in raising their 3 daughters, although he commonly said, “Misery Comes in 3’s!”. He took pride in teaching them many valuable life lessons and was ever present supporting their activities and interests into their adulthood. His biggest delight was the role of Papa to Tommy and Adi.

Dan’s hobbies included hunting, fishing, camping, volleyball, wallyball & softball. In retirement, Dan & Peggy enjoyed wintering in Arizona where he enjoyed pickleball, hiking and UTV riding.  He was an active member of Lord of Life Lutheran Church and a supporter of numerous other organizations.

Dan was preceded in death by his parents; grandparents, Charles and Emma Rust; Emil and Lydia Schmidt; in-laws, Bruce and Shirley Ledahl; and many loved ones.

His family wishes to send a special thanks to the staff on the PCU/Telemetry Unit at CHI St. Alexius.

In lieu of flowers, memorials are welcomed to be sent to Tunnel to Towers Foundation; Lord of Life Lutheran Church; or donor’s choice.

To order memorial trees or send flowers to the family in memory of Daniel Schmidt, please visit our flower store.