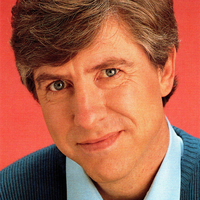 A memorial service will at 10:00 am, Friday, September 23, 2022 at Parkway Funeral Service, 2330 Tyler Parkway, Bismarck. Burial will be at the North Dakota Veterans Cemetery at noon.

David was born in Bismarck, on January 17, 1949, to Vitalis and Margaret (Volk) Dirk. He attended school in Bismarck and graduated from St. Mary’s High School in 1968.  Following graduation, he entered the United States Navy, serving on the Destroyer Bradley during Vietnam until his honorable discharge in 1972.  He spent some time in San Francisco and later moved to Minneapolis where he was pursuing acting.  He was very active in theatre groups and even appeared in some commercials.  While in Minneapolis, he took pride in managing a kitchen at a Rehabilitation Center.

In the early 1990’s, David moved back to North Dakota. He worked in the construction business for his brother Gary for a time. In July of 1997, he went to work in the kitchen at Missouri Slope Care Center until retiring in 2014. David was an avid walker, sometimes walking up to ten miles a day.

He is survived by his siblings, Marie Schneider, Green Bay, WI, Mike Dirk, Tacoma, WA, Dorothy Thompson, Bismarck and Gary (Bonnie) Dirk, Bismarck and several nieces and nephews.  He was once married and from this union, had a daughter, Molly.

He was preceded in death by his parents, Vitalis and Margaret; brothers, Tim and Ed.

To order memorial trees or send flowers to the family in memory of David Lee Dirk, please visit our flower store.