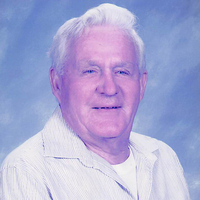 Mass of Christian Burial will be held at 10:30 AM Saturday, August 27 at Sacred Heart Catholic Church, Wilton, ND. Msgr. Gene Lindemann will be officiating. Lunch will be served after the funeral service, with burial to follow at Regan Cemetery.

Interment will be held at Regan Cemetery

David Wayne Morris, son of Edward and Hazel (Ringenberg) Morris was born March 18, 1929. He graduated from Regan High School in 1947. David met Donna Buchholz, and they were married on June 14, 1960. They were the first couple to be married at Sacred Heart Church in Wilton, ND. Their children Rhonda, Todd and Shane were born while living in Wing. David managed the Wing Elevator until moving to Bismarck in 1969 where he worked for Farmers Union Oil Company. In 1971, the couple moved their family to the Morris family farmstead west of Regan, and David began working for Wilton Farmers Union Oil Company. In 1975, David began farming and cattle ranching. Throughout the years, David drove school bus for the Regan school, and spoke often of some of the rowdy kids that were on board. David was a member of Sacred Heart Roman Catholic Church in Wilton for many years. He was a member of the Knights of Columbus, as well as the Regan Elevator Board.

David loved farming and ranching, and even though he retired in 2000, he continued to be involved in the farm. He would always be down for a good hand of pinochle or a game of cribbage. He loved going for drives around the country, just looking at the land, and sometimes driving down River Road to Bismarck. Getting a hamburger and onion rings at the Wood House (King's Food Host) or enjoying a hot fudge sundae with buffalo nuts (pecans) at Dairy Queen was a great treat. He would often lose at solitaire but would play again and again until he won a game. When someone would come to visit, his eyes would light up, and he would greet you with a "Well, hi!" David didn't travel much, but he once went to Arizona to visit relatives, and he talked about that plane ride for many years.

His sense of humor, Irish stubbornness, and ability to get a good deal will be missed by all those who knew him.

David was blessed with being independent and living at home until February of 2020, when medical conditions brought the need to move him into the Turtle Lake Nursing Home. Though he didn't enjoy being away from home, he was thankful for family and friends who would come and visit.

In lieu of flowers, memorials may be made to the charity of the donors choosing.

To order memorial trees or send flowers to the family in memory of David Morris, please visit our flower store.