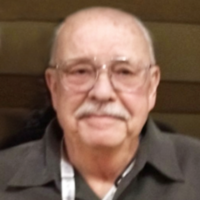 David Wolfer, 72, Bismarck, passed away May 17, 2021. Memorial services will be held 2 p.m. Thursday, May 20 at Parkway Funeral Service, 2330 Tyler Pkwy, Bismarck. Visitation will be held one-hour prior at the funeral home. A service livestream will be available on the funeral home’s website, listed below.

David was born on December 31, 1948 in Oshkosh, Wisconsin, the middle son of Louise and Oscar Wolfer. He grew up in Nanakuli, Hawaii, and Hayward, California.

He was a jack-of-all trades and worked as a gemologist, draftsman, engineer, florist and was a life-long entrepreneur. Every hobby was a potential business, every interest a possible money-making endeavor. David was truly a renaissance man.

After service as military intelligence in the U.S. Army, David met Karen Orluck in 1974 at a church function. After one meal cooked by Karen’s mother, he knew he wanted to marry Karen. They were married June 28, 1975 at Neighborhood Church in Castro Valley, Calif.

Besides being a loving husband, a dedicated father and inventive entrepreneur, Dave loved working with teen boys and had a soft spot for those from broken homes. The father of two daughters, he became a father figure to many and was affectionately called Captain Dave by all the young men he mentored.

His greatest joy in life was his family. He loved family meals, family trips and family adventures. He taught his girls how to snorkel in Hawaii and loved being with them – especially in the water. Dave loved to swim and float in the ocean, pool, lake, river and was an avid boater.

When his first grandchild was born, he dropped the Captain Dave moniker and became Pops to all who knew him. He had only two biological children and three biological grandchildren, but he was Pops to everyone he knew.

Dave leaves behind his wife and best friends, Karen Orluck Wolfer; daughters, Kristy (Scott) Rose and Karianne (Ryan) Jackson; three grandchildren, Adam, Gracelyn and Leo; four nieces and one nephew; and many friends and loved ones. His loss is sorely felt but God is still good and in control.

He was preceded in death by his parents; Louise and Oscar; in-laws, Ruth and Peter Orluck; younger brother, Pat Wolfer; and many aunts and uncles.

Memorials may be given to the Child Evangelism Fellowship of North Dakota at http://ndcefsouthwest.org/donate

To order memorial trees or send flowers to the family in memory of David Wolfer, please visit our flower store.