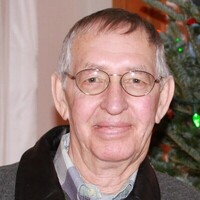 A time of gathering will be held from 5:00 – 7:00pm, Monday, January 17, at Eastgate Funeral Service, 2302 E. Divide. A private burial service will be Tuesday, January 18, at the North Dakota Veteran’s Cemetery.

He attended Mott public school, after which he spent two years in the Armed Services and in active duty in Vietnam. He worked for North Star auction & appraisal service prior to his retirement. Dean loved the western way of life and rodeo.  He also had a keen eye for antiques and really enjoyed collecting.

To order memorial trees or send flowers to the family in memory of Dean Bieber, please visit our flower store.