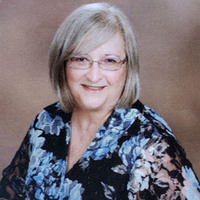 A service livestream will be available at the link below starting at the time of the service.

Debra “Deborah” Darlene Farrell, 65, went to the Lord on Thursday, March 11, 2021 due to complications from a stroke.

Deborah was born in Billings, Montana, to Joe and Darlene (Moon) Farrell on November 21, 1955. Deborah attended schools in Wyoming, Montana and North Dakota, graduating from Bismarck High School in 1974. She attended North Dakota State University until her marriage and co-ownership of a local photo shop. Upon leaving the photo shop, Deborah moved to Minneapolis and worked for a photo shop in the city. She also worked in the secretarial pool at a large insurance firm in Minneapolis. Deborah returned to Bismarck in 2008 to assist in the care of her parents. While in Bismarck, Deborah worked for a staffing agency and volunteered at McCabe Methodist Church. Volunteering at McCabe included teaching Sunday School, cooking meals for the Yes Program and assisting in the church office when needed. Deborah also enjoyed the monthly meetings with the Red Hat Ladies.

Deborah had a number of hobbies, including reading, knitting, crocheting, pinochle and rescue animals. She loved to knit shawls for others. Deborah had a special love for animals, and enjoyed dog-sitting for her Pastor’s dog, Gunner. She owned several rescue cats over the years and was quite attached to the cats.

Services for Deborah will be held at the McCabe Methodist Church on Wednesday, March 17, 2021 at 10:00 a.m. with a lunch to follow at the Eagles Club.

In lieu of flowers, Deborah would appreciate donations to the Central Dakota Humane Society or to McCabe Methodist Church.

To order memorial trees or send flowers to the family in memory of Deborah Grinaker, please visit our flower store.