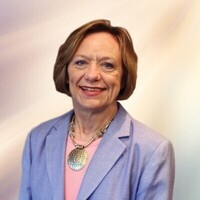 For each of us, there are two stories to be told about our life – the facts of what we did and the facts of who we were.  And these are the stories of Debra Sue Anderson . . .

Debra Sue Anderson entered this world on January 13, 1948, in Lakefield, Minnesota.  Deb and her siblings grew up in the country near the small town of Jackson, Minnesota, and it was Jackson that Deb always considered as her home.   She would describe Jackson as a beautiful and peaceful place for a child to grow up at and the many stories she shared about her childhood was a testament to such.

In 1966, at the young age of 18 years old, Deb ventured out and began her career with Montana-Dakota Utilities Co. in Minneapolis, Minnesota, working in the art, merchandise, and advertising departments.  Only two years into her employment, in 1968, MDU made the decision to move their main office to Bismarck in order to be closer to their operations.  Deb made her intentions very clear to her boss that she would agree to help with the transition for six months and then she would be returning to Minnesota.   But . . . what our intentions are and what the good Lord’s intentions are do not always match up – fate intervened, and Deb made the decision to continue her employment with MDU in Bismarck.

By 1971, Deb was promoted to the position of executive secretary and began working for the then company President David M. Heskett.   Deb explained this time in her life as scary but also exciting.  It was then and there that she made her commitment to the company and the position she held.  Deb kept her word – dedicating all she was and all she had to MDU – working long hours, working weekends, working holidays, always going the extra mile, and caring for every small detail that the president and board of directors could ever have.

That commitment lasted over a span of 50 years and through six different company presidents.  On the chosen date of June 30, 2016, Debra Sue took one more glance at her office, turned off the lights for the last time, and walked towards her new journey ahead.  The commitment she had made those many years ago had been finally fulfilled.

Deb possessed a spirit within her that was very courageous and adventurous.  She loved to travel to different countries, ski, hike, try different foods and wines, and was constantly welcoming new experiences.  Deb was one of the founding members of the Bismarck Ski Club and she was also involved for many years with the International Friendship Force that involved traveling to and forming relationships with people from different countries.  All of this she did with her friends by her side.

Deb had an infectious laugh and smile, and nobody was a stranger for long.  She cared deeply and always put others’ needs before her own.  She treasured life and was loyal to those that she knew – and was treasured in return.  Deb endured life’s tragedies and pain with grace and mercy – a gift God had granted her.

On February 9, 2021, Debra Sue Anderson, age 73, peacefully took the Lord’s hand and entered her eternal life. Per her wishes, Deb will be laid to rest in Jackson, Minnesota, near her loving parents.

We will miss you dear friend – a piece of our hearts goes with you.

A celebration of life will be held from 2 to 5 p.m. Saturday, June 26 at the Broadway Grill, Bismarck.

To order memorial trees or send flowers to the family in memory of Debra Sue Anderson, please visit our flower store.