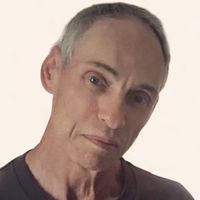 Delvin “Del” Frank Sturn, 64, of Bismarck, passed away on Tuesday, December 1, 2020 after a 37 year battle with Parkinson’s Disease. A celebration of life will be held 3 p.m. Friday, July 16 at Parkway Funeral Service, 2330 Tyler Pkwy, Bismarck. A service livestream will be available on the funeral home's website. The family prefers no floral arrangements be sent to the service.

Del was born on September 13,1956 to Matt and Clara (Zander) Sturn. He was raised in New Salem and graduated from New Salem High School in 1974. He worked on the family farm after graduating from high school.

Del met Mischelle at a family wedding and they fell in love instantly. They were engaged two months later and married on November 7, 1980. They welcomed two daughters (Alicia and Rosanne) and a son (Leigh).

Del was a derrickhand on several oil rigs during the oil boom in the early 80s in Northwest, ND. In 1983, he became an operator at the Amoco Oil Refinery. Del had a very strong work ethic and worked long hours to provide for his family. He enjoyed his work and was well respected by his co-workers. In the early 90s, Del and Mischelle moved their family to New Salem. Del was extremely handy and enjoyed making improvements to their dream home, including designing and building an entire addition. He truly was the jack of all trades.

In 1997, Del made the difficult decision to retire as his Parkinson’s symptoms became more debilitating. This gave him the opportunity to be home with his family and watch his children grow up. He loved taking all three kids on fishing trips and to the basketball court to shoot hoops and perfect his jump shot. He was passionate about music and enjoyed riding motorcycles, lifting weights, playing Nintendo with his kids, and watching movies and sports. He became a reluctant owner of two dogs, Duke and Scooter. Duke quickly became his sidekick and the two were inseparable.

In 2010, Del and Mischelle moved to Rochester, New York to be closer to their daughter and future grandchildren. Becoming a grandparent was such a joy for him and his grandchildren always put a smile on his face. His granddaughters have fond memories of going for rides on his wheelchair. He loved exploring New York, especially the Finger Lakes, but joked there must not be any fish as he was never able to catch one.

Del was an amazing, one of a kind man. He was known for his generosity, dependability, and great sense of humor. He loved passing time watching Seinfeld and would laugh until he had tears in his eyes. He was notorious for his sweet tooth and once ate an entire banana cream pie in one sitting. He loved playing International Rummy with his family and was the reigning champion. He handled his disease with stoicism and rarely ever complained. He kept his focus on his family and ways he could enrich their lives. We will miss him deeply, but find comfort knowing he had faith in God and he has found peace.

He was preceded in death by his father-in-law and mother-in-law, Jack and Eleanor Wetzel; brothers-in-law, Allan Leistiko, Dave Keller, Rick Weeg, and David Wetzel and nephews, Corey Ott and Michael Sturn.

The family requests that no flowers or plants are sent.

To order memorial trees or send flowers to the family in memory of Delvin Sturn, please visit our flower store.