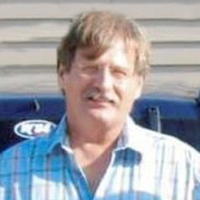 Delvin Jacob Isaak, 69, was taken home to the Lord on Sept. 4, 2021, at the Minneapolis Veterans Hospital, with his son and daughter, Greg and Stephanie, at his side. A committal service will be held 2 p.m. Tuesday, Sept. 14 at the North Dakota Veterans Cemetery, Mandan. All are welcome.

He attended school at Halliday and later moved to Beulah where he graduated from high school. He was an outstanding athlete and received numerous awards for basketball and football.

After graduation, he joined the U.S. Air Force and served as crew chief for eight years working on B-2 Bombers, and was stationed in Okinawa, Japan, and Dover, Delaware. Over the course of the years, he owned a liquor store in Shreveport, Louisiana. He loved working in casinos because he was a people person. Delvin was a jack of all trades – he could master any repair job of home, vehicle or motorcycle.

There was no prouder father than Delvin. He talked about his children frequently: how Greg was such a hard worker, Ben a whiz with electronics and he thought Stephanie was the most gorgeous girl he ever saw.

Among his interests were telling stories to others. He loved people, especially kids, and also animals – dogs in particular. He was also an avid car and motorcycle enthusiast. He truly enjoyed life.

Delvin was preceded in death by his parents; grandparents, Adolph and Amelia Borth and Gottlieb and Regina Isaak; and foster siblings, Clem Bravebull and Delnoe Wolf Necklace.

To order memorial trees or send flowers to the family in memory of Delvin Isaak, please visit our flower store.