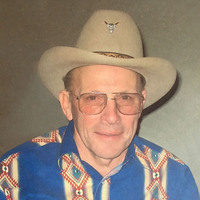 A livestream of the service will also be available for viewing at the Church's website: https://www.mccabechurch.com/livestream/

Visitation will be held from 6 to 8 p.m. Monday at Eastgate Funeral Service, 2302 E Divide Ave., Bismarck.

Dick was born on February 3, 1936, in Big Stone County, Ortonville, Minnesota, the son of Ralph and Fern (Dodds) Hipple. He grew up on the family farm, was baptized and attended county and public schools around Ortonville. He enlisted in the Air Force on February 27, 1953 and served for four years, receiving an honorable discharge in 1957.

Dick’s marriage to Carol Ulstad took place on December 31, 1954, at a country church in Lac QuiParle County, Madison, MN. They were blessed with three children: Candy Lynn, Charles Tracy and Basil Rufus. Dick and his family moved to Bismarck in 1963.

He was very diversified in his working years. He was proud to have expanded his knowledge by working in many different fields. His saying was, “Show me once, and I’ll get er done.” Dick spent seven years employed at Eastgate Funeral Service as a vigil service attendant.

Dick was a true entertainer, as he sang Old Country and Gospel at many nursing homes and churches in surrounding states. He sang from the heart and was very proud of his recordings and albums.

He was preceded in death by his wife, Carol; son, Basil; grandchildren, Zachary and Ana; and his parents.

To order memorial trees or send flowers to the family in memory of Dick Hipple, please visit our flower store.