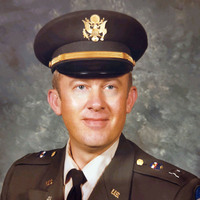 View the service livestream at https://corpuschristibismarck.com/

Dominic was born on October 26, 1939 in Dickinson, to Clemente & Philomeana Volesky. He had a master's degree in teaching and then was medic pilot for the Army. He also had several miscellaneous jobs after that.

He was married to Ardyth Volesky for over 35 years.

He was preceded in death by both of his parents and two siblings, Andrew and Angela.

To order memorial trees or send flowers to the family in memory of Dominic Volesky, please visit our flower store.