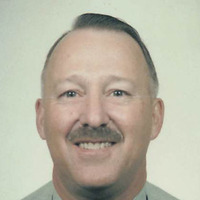 Don was born July 12, 1938 to the late Hildreth and Magdalena Hall in Devils Lake, the eldest of five children. He graduated from St. Mary's Academy and shortly thereafter married his high school sweetheart, Kathleen Mary Engelhard on March 30, 1959.

Don followed in his father's footsteps and was a proud member of the North Dakota Army National Guard. Hildreth was part of "The Greatest Generation" fighting the war in the Pacific Islands as part of the 164th Infantry Regiment, Americal Division and was later called to duty for the Korean Conflict. No doubt those deployments helped cement Donald's unfailing patriotism.

Donald's job eventually brought them to Bismarck where they commenced raising four children. Don attained a Bachelor of Science degree from the University of Mary and became an auditor for the National Guard. He continued in that capacity for many years before retiring in 1998 after 43 years of service. Don worked hard to achieve the rank of Chief Warrant Officer 5 and was the third person in the state to be awarded the highest-ranking warrant officer status.

He took pride in his work as evidenced by his many military awards, medals, and citations, but he was much more gratified that all his children, two sons-in-law, and four grandchildren shared his commitment to God and country in service to our nation. That saying, two of his highest awards were the Meritorious Service Medal with Three Oakleaf Clusters and the North Dakota Legion of Merit.

Don was an avid outdoorsman, first learning to hunt at his father's knee. Donny took a keen interest in firearms from an early age. He enjoyed hunting, fishing, boating, and camping, and shared his passion for the great outdoors with his children and grandchildren who were his occasional companions. But it was his life-long friend Dean Hildebrand with whom he partnered on most of his outdoor excursions. He preferred long drives in the Dakota prairie with the occasional stop to sight in a new scope or target small varmints. Otherwise, he processed the meat on all his hunting kills for his own consumption, much to Kathleen's dismay.

When not pursuing outdoor activities, Don enjoyed crossword puzzles and was an avid reader-from fire-arms manuals and historic documentaries to contemporary spy novels and westerns, particularly stories by Louis L'Amour—he loved them all. It was a normal occurrence to find him with a book in hand. If it wasn't a book or gun, it was a grandchild. He was a devoted grandfather who attended every school or sporting event he was able before his cancer confined him to home.

Don was an active member and volunteer for the Bismarck-Mandan Rifle and Pistol Association (BMRPA), a 3rd Degree Member of the Knights of Columbus, a life member of the National Guard Association of the United States, and several other patriotic organizations.

Don would not have wanted flowers, but if you wish to make a donation in Donald's name for the upkeep of the Bismarck-Mandan Rifle and Pistol Association or the Dean Hildebrand Wildlife Management Area­ North Dakota Game and Fish, they represent two of his favorite pastimes. Those addresses are: BMRPA, P.O. Box 682, Bismarck. ND 58502-0682 and Dean Hildebrand WMA C/o ND Game and Fish, 100 N. Bismarck Expy, Bismarck, ND, 58501.

The family would like to thank the staff of Dakota Home care, especially Nick, and the Sanford Hospice Team for their loving assistance.

To order memorial trees or send flowers to the family in memory of Donald Hall, please visit our flower store.