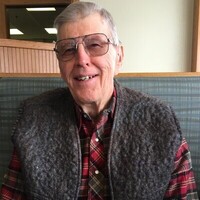 A funeral service will be held at 10:30 a.m. Saturday, August 6 at the Tappen Public School Gymnasium. Visitation will be held one hour prior to the service.

Donn was born near Woodworth in Stutsman County, North Dakota, on November 30, 1932, to Milton Staley and Lettie (Williams) Mahin.

He was raised on the family farm near Tappen, and graduated from Tappen Public School. After graduation he took over the farm. He planted his first crop at age 16 and continued planting until the age of 88. He resided on the farm until his death.

On June 10, 1954, he married Carolyn Mathews; together they raised their four children.

His love of music has always been an inspiration to his family and friends. He always enjoyed a great singspiration, to spend time harmonizing with friends or just whistling while he worked. He was able to join a quartet and be a part of their group for several years, traveling throughout the state entertaining.

Throughout his life he was dedicated to furthering the gospel of Christ, both singing His glory and serving and spending time volunteering for Steer Inc, Child Evangelism Fellowship, Beulah Camp association, several mission organizations, and was very active in his church. Donn desired that all have a personal relationship with Christ.

To order memorial trees or send flowers to the family in memory of Donn Mahin, please visit our flower store.