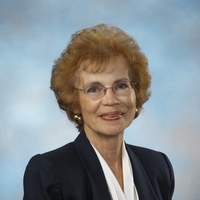 Donna Theresa Graf passed away on February 25th, 2022 at the Sunset Drive nursing home in Mandan.

A livestream of the Funeral Mass will be available for viewing at, https://www.facebook.com/CorpusBismarck/

Interment will be held at 10:00am Monday, March 21st at the North Dakota Veterans Cemetery in Mandan.

Donna was born February 12th 1939 in Winner, South Dakota as the oldest daughter of Bert and Cecilia Tideman of Carter, South Dakota. She attended and graduated from High School and Business School in Winner. She met and married her husband, James (Jim) Lee Graf, in 1960. Donna and Jim had three children, Theresa Tkach, Brad Graf and Shari Lawrence and moved to Bismarck in 1973.

She was a typical stay-at-home mom that made everyone feel loved and safe. Her circumstances changed in the 1980’s when she became the primary care giver for her children. She started work at the local YMCA as an administrator where she was adored by her co-workers. She later moved to Great Plains and Basin Electric as an Executive Assistant. She retired from Basin Electric in 2006 but continued to volunteer her time in the professional community. She took on the responsibility of raising her two grandsons, Gunner and Kane Hart and amply provided them with an abundance of love and stability.

Donna was the most innately kind person to ever inhabit the earth. She possessed the unconditional love many of us wish to achieve and few of us ever attain. Her passing has left a void in her family, friends and the world.

To order memorial trees or send flowers to the family in memory of Donna Theresa Graf, please visit our flower store.