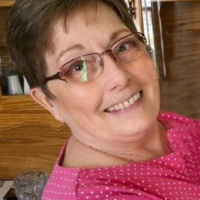 Dorothy Kay Longmuir (Vernon), 72, passed away peacefully in her home early in the morning on April 16, 2021, with her husband and best friend of over 60 years, Monty; her daughter, Ginger; and granddaughter, Alicia, by her side.

Dottie was born on March 23, 1949 to Norman and Mildred (Skari) Vernon in Ashland, Ohio. The family moved to North Dakota early in her life, and she grew up in Williston, Grand Forks, and Bismarck. She met her future husband, Monty, while attending Bismarck Junior High School, and graduated from Bismarck High School in 1967. She then attended college at St. John’s Lutheran College in Winfield, Kansas. It was there that she, Rosie, Kaycee, and Kathy formed a tight-knit sisterhood, and the four remained the best of friends through their entire lives.

Dottie worked for many years as a business manager and in various other administrative roles, and also owned a cleaning business. Most recently, she served as the business manager for Apple Creek Public School, where she was an integral part of the school’s community for 43 years. She loved her students and her teachers (who called her Grandma Dottie), and worked through her final days to keep the school running smoothly. Dottie and Monty also owned and ran Heavenly Scents, a Pride of Dakota candle company (originally started by their daughter, Ginger) for 21 years. The business is well-known on the craft show circuit for its Dakota-inspired scents and inventive shaped gels.

In addition, Dottie was a woman of many talents. As a young woman, she could figure skate with the best of them -- a hobby that she and Monty shared in their school days -- and twirled baton, even after losing a finger in a farm accident. She was an artist and crafter in many mediums -- she loved to draw, paint, quilt, and work with ceramics and pottery. For many years, she was a member of the Craft Club, affectionately referred to by those in the know as the “Stitch-n-Bitch.”

Dottie also loved nature deeply. She spent her summers at the family farm as a child, cultivated beautiful gardens throughout her life, spent many nights camping and fishing with her family, and cherished her time at the Hart Ranch in South Dakota. Dottie loved holidays and had the most beautiful Christmas tree in the whole family, decorated with glass ornaments from around the world. Her friends and family will dearly miss her creativity, warmth, good humor, and generosity.

Dottie is preceded in death by her daughter Tiffany, her parents Norman and Mildred, her grandparents, and her nephew Christopher Jon Vernon. She is survived by her husband of 52 years, Monty; her daughter Ginger (Lance) Anderson of Bismarck; her grandchildren Patrick (Mandan), Alicia and Micah (Bismarck), and Gabriel (New Broomfield, Missouri); her brothers Dennis (LaVerne) (Bismarck), Kent (Hazen), and Mark (West Fargo); sister Julie (Jefferie) (Bismarck); brother-in-law John (Wheatland, Wyoming); and many loved nieces, nephews, great-nieces, and cousins.

Dottie’s funeral will be held at 11 a.m. on Thursday, April 22, 2021 at GracePoint Church in Bismarck. A visiting hour with the family will precede the service, and lunch will be hosted after for anyone who would like to attend. The service will also be livestreamed at www.GracePoint.life. Dottie’s family requests that memorials be directed to to the Bismarck Cancer Center, https://www.classy.org/give/212852/#!/donation/checkout.

To order memorial trees or send flowers to the family in memory of Dottie Longmuir, please visit our flower store.