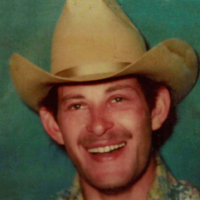 Doug was born July 25, 1952 in Fargo, ND. He was raised on a farm in Hazelton, ND and attended public school there. Doug worked as a ranch hand in North Dakota and Nebraska. His love of working with horses lead him to work at racetracks throughout the central United States.

In August 1999, while working at a track in Iowa, Doug suffered a disabling injury. Being unable to work he settled in Oklahoma with his companion, Murlene Allen.

Doug was preceded in death by his parents, Robert (Bob) and Vada Miller; his grandparents, Henry and Agnes Miller and Noble and Lillian Nelson and many beloved family members.

To order memorial trees or send flowers to the family in memory of Douglas Miller, please visit our flower store.